Skip to content
Previous Next
Lisbon: A City of Explorers

Lisbon: A City of Explorers

The capital and largest city of Portugal, Lisbon made my list of must-see destinations during my visit there last year. With a just under 600,000 residents and a rich history and culture spanning more than two millennia, Lisbon attracts leisure travelers seeking multi-cultures, traditional cuisine and suburban beaches. 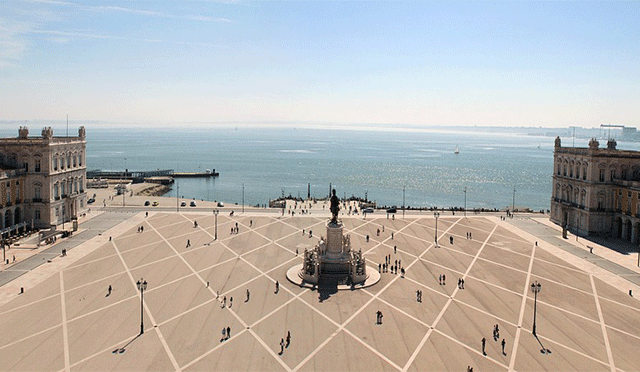 Lisbon’s Yard of the Palace from where Columbus and other explorers set out to discover new worlds.

A two-hour city bus tour, offering numerous hop-on-hop-off stops, is a great way to get your bearings. One of the first places you must visit is Belém Tower, a fortified lighthouse erected 500 years ago, to guard the port entrance and the point from which many of the great Portuguese explorers, including Vasco da Gama and Christopher Columbus set out on their voyages. Nearby you will find the Belém Palace, now occupied by the country’s president, and the Monument to the Discoveries, build for the 1940 Portuguese World Fair.

The area of central Lisbon, known as Bairro Alto, is a residential, shopping and entertainment district attracting a diverse cultural mix people seeking various styles of music and nightlife outside the realm of Fado, Portugal’s national folk music. Several traditional restaurants feature Fado, an evening of folk music, dancing and traditional Portuguese food. Ask your concierge for a recommendation. I personally like Fado House Timpanas, despite its location in a rather sketchy neighborhood.

Allow plenty of time to see each of Lisbon’s major landmarks, including São Jorge Castle, as well as a day trip to Sintra on the Portuguese Riviera; olive oil tastings; and, of course, vineyard visits to sample a variety of local wines, ranging from tawny ports to rosés and special blends that never reach the export market.

You may think you are back in the USA as you head south of the city crossing the 25 de Abril Bridge that spans the Tagus River. The same engineer responsible for San Francisco’s Golden Gate Bridge designed this bridge, and the two bridges look remarkably similar. You also must visit the monument to Christ the King (Cristo-Rei), visible on the river’s south shore from many parts of the city and a reminder of Brazil’s Christ the Redeemer in Rio de Janeiro.

Lisbon is a city for modern day explorers seeking to learn about those daring explorers some 500 years ago, when Portugal was a great naval power.