Skip to content
Previous Next
Exploring Life Above the Clouds

Exploring Life Above the Clouds 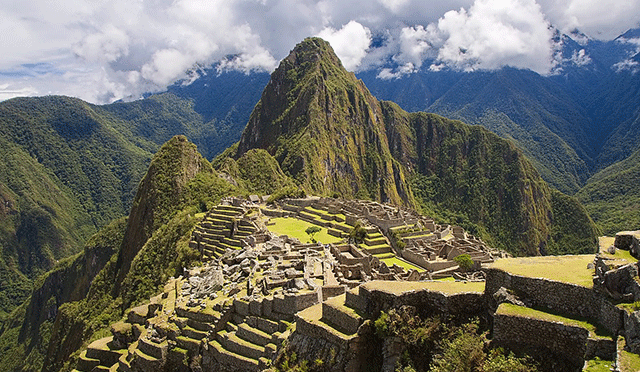 Access to Machu Picchu, Peru’s foremost ancient mystery and a UNESCO Heritage site, is limited to 2,500 visitors a day to preserve its integrity.

For as long as I can remember, the Inca Empire and the Lost City of Machu Picchu have piqued my interest. This ancient civilization, founded upon myths and riches of gold and silver, encompassed a vast region of the Andes mountain range during the 15th century.

When the Spanish conquistadores arrived a century later, the empire was rife with internal strife, as well as smallpox spreading from Central America and killing untold numbers. In short, the Incas were easy prey for the conquering Spaniards seeking personal riches and land claims in the New World.

Situated between the Machu Picchu and Huayna Picchu mountains, Machu Picchu is still much of a mystery with several theories about why the Incas constructed it almost 8,000 feet above sea level. The Spanish conquerors never saw Machu Picchu, which many people believe was a military secret and probably an enclave for Incan rulers and nobility. As the Incan Empire collapsed, jungle vegetation consumed Machu Picchu and its secrets until 1911, when an American archeologist discovered the site.

At long last, I am planning a South American trip to discover Machu Picchu and the rich culture of Peru for myself and a limited number of adventure travelers choosing to join me.

After spending two nights in Peru’s national capital, exploring Lima’s noteworthy sites and museums, we board a plane for a domestic flight to Cusco en route to the Sacred Valley. Along the way, we visit a textile center, market and museum to explore the cultures of pre-Hispanic Peru and 10,000 years of history.

Highlighting the trip, at least for me, are two entrances to the Citadel of Machu Picchu, including one visit at sunrise overlooking the deep Urubamba River canyon below. Yet, Cusco, known as the archaeological capital of South America, should be equally exciting and enchanting as we explore the Incan cultural heritage and Spanish Colonial architecture set at 11,800 feet in the Andes.

Next, we board the PeruRail Titicaca Train for a day-long journey to southern Peru to visit Lake Titicaca, Puno, Uros and the Taquile Islands for two days before returning to Lima.

Limited to eight couples, our Peruvian Adventure & Cultural Tour embodies a special opportunity to experience Peruvian culture, explore an ancient civilization and learn about life above the clouds. Our 10-day journey begins November 7 when we depart as a group from Miami. For complete details, click here.

If Peru and Machu Picchu are on your Bucket List, I hope you will join me on this adventure of a lifetime.