Skip to content
Previous Next
Uruguay: A Special Vacation Destination 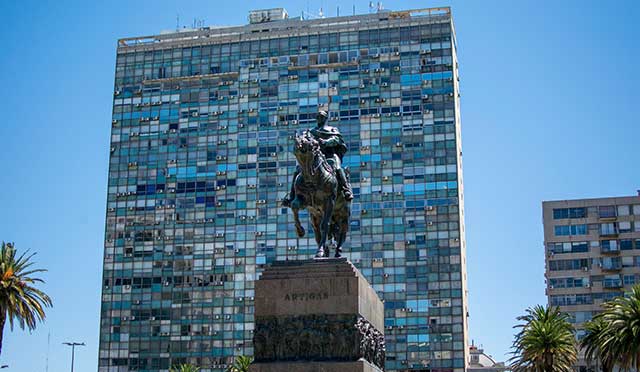 When most people plan a South American vacation, they usually think about the ABC countries – Argentina, Brazil and Chile – and possibly Peru as their top choices. Unfortunately, they seldom consider Uruguay, a gem of a destination with a rich culture and history, great wine and spectacular beaches.

My first visit to Montevideo, the nation’s capital and home to about 40 percent of the country’s 3.4 million people, was a day-trip off a cruise ship. We toured the city’s colonial historic quarter and nearby beaches before venturing into the countryside to explore a century-old winery. We enjoyed great wine and warm hospitality, but I most remember the person charged with adjusting 275,000 bottles of aging wine a quarter of a turn every day.

Back in Montevideo, reflecting on the influences of Spanish, Portuguese, Italian, French and British immigrants, I realized that Uruguay may be South America’s best kept secret. It certainly warrants much more than a day-trip.

To explore Montevideo’s Old Town, I recommend diving into the local culture with a professional guide who clarifies the historical significance of the Matriz Cathedral, Cabildo, Uruguay Social Club, Solis Theater and Independence Square, with its monument of the national hero José Artigas. You also should stroll along Libertador Avenue to see the Presidential Palace and wander through the Prado neighborhood to see the Presidential House.

Throughout the city, you will see people everywhere sipping Mate, a traditional highly caffeinated drink brewed from dried leaves of yerba mate. While I didn’t try it, I suspect Mate would make our “energy” drinks pale by comparison.

Although multi-day tours of Uruguay’s small towns and villages are readily available, I recommend renting a vehicle (preferably a 4X4) for the most flexibility exploring the uncrowded countryside. Be sure to visit Colonia del Sacramento, a UNESCO World Heritage Site – southwest Montevideo – to walk the cobbled streets of Old Town and visit the Spanish and Portuguese museums.

Heading northeast from the capital along the Atlantic coast, must-see destinations include Cabo Polonio, where you will find the world’s largest Sea Lion Reserve; Valizas, a laid-back village known for its jewelry and leather shops, as well as great street food; and Guardia del Monte near Laguna de Castillos, a great place to spend a day or two simply relaxing or enjoying a gaucho experience with a great steak for dinner.

Further up the coast near the Brazilian boarder you will find Punta del Diablo, regarded by many as Uruguay’s best uncrowded beach. Stay in a small boutique hotel right on the beach and enjoy excellent fresh seafood and explore the area’s rocky coves and sandy beaches. You also will enjoy the nightlife and shops in town.

Closer to Montevideo, you will find Punta del Este, a picturesque resort town situated on a peninsula and famous for its night life. The town appeals to beach lovers from around the world attracted by its high-end accommodations.

Winter is a great time to vacation in Uruguay because it’s summer there. I suggest a two-week trip that includes a few days in Buenos Aires (less than 9 hours from Miami). Then take a 2-plus-hour scenic ferry ride across the Rio de la Plata (River of Silver) to Montevideo.